Congratulations Dhruval for being selected as one of the four finalists of this year’s Coburn and Winters (C&W) Student Award in Plasma Science and Technology Division (PSTD) of American Vacuum Society (AVS)!

This is a very important recognition.  We are all proud of you !

As a finalist, Dhruval will receive a cash award of $500, and an opportunity to present his work to the Executive Committee of AVS PSTD commitee for winning the C&W award with additional cash prize and certificate.

At 12:20 pm, Wednesday Nov. 9, 2022, Dhruval is invited to a closed session located in Room 315 (CC) to showcase his work to the jury members of C&W Award. Each candidate will have 10 minutes for the presentation, and another 6 minutes for answering questions. Being a finalist itself is already an achievement and CPMI wishes you the best to win this competition.

This month, Professor David Ruzic was interviewed by UIUC undergraduate Reese Peterson. They discussed his experiment to disinfect N-95 masks with a microwave and spoke about his love for both science and teaching. Read the interview below:

The works to finish the writing of the invited review paper (to be published in Physics of Plasmas) based on the tutorial invited talk given by Professor Ruzic at APS-DPP were carried out.  Important meetings were celebrated with the two fusion companies collaborating with CPMI. The results from the 2nd and 3rd round of the dynamic exposure to lithium were presented to the company, showing the effects induced in the mechanical properties (tensile stress) and the surface interaction of the selected materials. with the liquid metal of the selected. With TE, the meeting was very fruitful in detailing how to assess the main concerns exposed by the engineering responsibilities of the company, being related to different questions such as: velocity measurements, surface tension and stability, material compatibility, poloidal magnetic field effects and TEMHD driving. The discussion resulted in plans for the best way to continue with the research in order to minimize risks and solve any possible technical/engineering question throughout the project development. Regarding the plasma processing side of the Lab, scientists from Lyten were widely visiting our center to advance in the works being performed on ECAP/laser under their mutual research contract

The 62nd annual meeting of the American Physical Society-Division of Plasma Physics (APS-DPP) was celebrated remotely, adapted due to the COVID circumstances. These two symposia closed the cycle of scientific events in the 2019 year for CPMI people.  Several contributions were presented by the Fusion side of the laboratory.  The tutorial invited talk given by Professor Ruzic, titled “Lithium, a way to make fusion energy affordable”, reviewed the basics of energy confinement and fusion performance and how flowing liquid lithium diverters can improve them to make smaller size reactors feasible,  also emphasizing in the technologies necessary for the proposed liquid metal solution. The other talk given by D. O’Dea presented the analyses of heat handling capabilities of LiMIT during the EAST experiments. In the simulations, values up to 4.5 MW/m2 were in agreement with the experimental data, also showing improvements in wetting and robustness of the PFC when compared to the previous experiments with FLiLi flat plates. Further analyses to be performed in the higher power discharges with more intense NBI heating are expected to enhance those heat fluxes. Finally, results from the projects with General Fusion and Tokamak Energy companies were presented in two different posters where the divertor plate and liquid lithium loop design for ST40 as well as the studies of the dynamic corrosion for GF were approached. 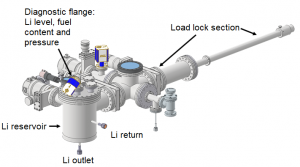 Professor Ruzic was awarded with the 2020 AVS Gaede-Langmuir Award during the remotely celebrated 67th Annual Meeting of the American Vacuum Society (AVS) 27-29 October 2020. He gave the opening invited Lecture titled “How Advances in High-Power Magnetron Impulse Sputtering (HiPIMS) can control Ion Energy, Ionization, and have High Deposition Rates”, outlining the research in this area developed at CPMI.  Regarding the SBIR project with Micro Cooling Inc., internal meetings with the DOE representative presenting the main plans for the collaborative task between UIUC and the company occured. Last, designs of the crucible and microtrenched samples were conducted in collaboration with UIUC. The laboratory expects to receive samples from the company soon and experimental systems are ready to start studies with the wetting test.

Works in HIDRA continued to begin operation for the Lab classes and planning on conducting experiments with plasmas and lithium sample exposure. Meetings to define the scope of the works for the new research collaboration with GF took place. The proposal contemplates to study the compatibility of advanced coatings with liquid lithium under dynamic erosion/corrosion environment, basic science questions with lead lithium as vapor pressure and segregation as well as ideas involving the use of lithium floating into liquid led lithium are included. Second round of material testing for the company was successfully completed during the complete time scale of the experiment (100 h). Characterization of surface and tensile stress effects analyses are ongoing. 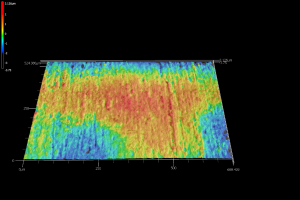 Professor Ruzic and Professor Andruczyk have just finished  the ISLA 2019 Conference this week. The International Symposium on Liquid Metals Applications for Fusion just had its 6th event and the University of Illinois at Urbana-Champaign was lucky enough to be its host for the week! Exploring multiple areas of liquid metal research the conference was successful and included trips to both CPMI and Spurlock Museum to show off our campus.

Professor Ruzic is headed to Proec, Croatia for the 10th international iPlasmaNano conference! He will be giving a talk called “Femtosecond Laser Texturing at Multiple Wavelengths” on the 18th. Professor Ruzic will spend the rest of his time listening to other scientists and research presenting about how plasmas make nano structures. And probably head to the beach at some point.  http://iplasmanano2019.com/index.php 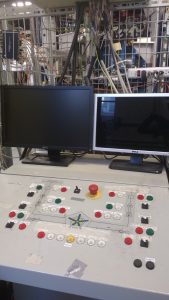